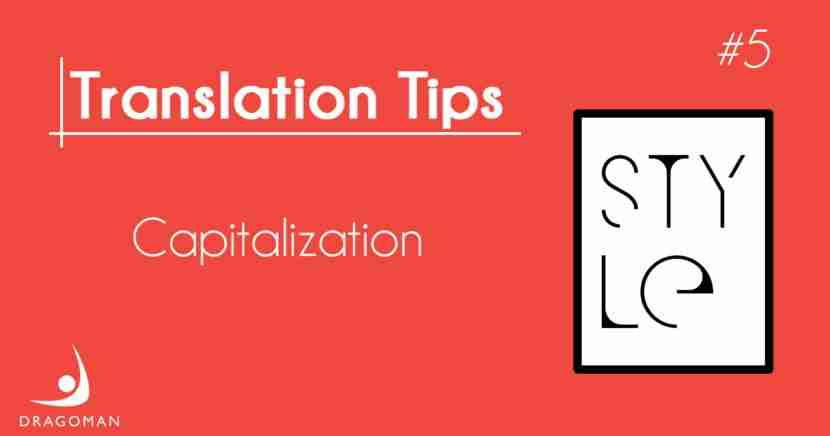 One of the most common (not to mention time-consuming) issues we face when translating and editing is the consistent overuse of capitalization. People often think that capitalization should be applied to any word that’s deemed important (e.g. annual report, company, board member, and so on), but this isn’t correct.

From time to time we’re all guilty of overusing capitalization – it can be difficult to resist. Yet before you know it, your text can become an uneven mess of capitals. To make matters worse, Turkish texts often capitalize words that don’t require it.

Random capitalization reduces readability by causing the reader to unnecessarily pause for thought. When too many words are capitalized, they lose their importance and no longer attract attention.

The aim of this text is to give you the confidence to refrain from using unnecessary capitalization.

Words have to justify their capitalization. The general rule is not to use a capital letter unless it is absolutely required. Proper nouns (specific people, places, and organizations) should be capitalized. It’s not uncommon, especially in business writing, to see nouns that are crucial to a company’s enterprise capitalized (incorrectly).

Read our articles on Dragoman style and headings here.

In Turkish texts, prime minister is often capitalized even when not used before a name. Such deference is an unnecessary nicety. Using lowercase letters in no way diminishes the stature or credibility of an individual’s position or a department’s reputation. “President Obama” would be written as such. Yet “president of the United States,” or “the president” are lowercased in running text when it doesn’t immediately precede the president’s name. AP (and Dragoman) style is to capitalize only formal titles (and only when used immediately before the name). Likewise, ordinary job titles in isolation are never capitalized.

Specific job titles preceding a person’s name are capitalized, but descriptions are not. For example, “Marketing Director Bora Akıllı.” After a name, titles are lowercase regardless of whether they are specific or general: “Bora Akıllı, marketing director at ABC Industries.” This is in line with the AP style guide.

This is an area which often requires a bit of additional research. PR agencies and businesses have the tendency to present their achievements in a way which is not entirely accurate.

Does the “ISO 9001 Quality Management System” exist as a proper title, or is it the “ISO 9001 quality management system”? Did the company receive the “High” or “A” rating from BRC Global Standards? Trust, but verify.

Unless the text is (or refers to) a heading, only the first letter should be capitalized.

The Redbook legal style guide states that in legal writing there “an unfortunate tendency toward contagious capitalization.”

Annual reports and other formal documents we work with are often no exception. Fortunately, the guide prescribes a clear remedy.

The established convention is to capitalize defined terms. This can help a term stand out and avoid ambiguity. However, terms must be defined at the first instance. Capitalizing “Company” or the “Bank” throughout a document adds nothing if has not been defined, e.g., First Savings Bank (the “Bank”).

This site uses Akismet to reduce spam. Learn how your comment data is processed.

Styleguide for Subtitling in Turkish